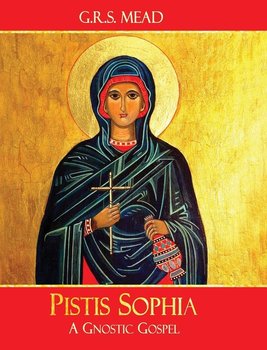 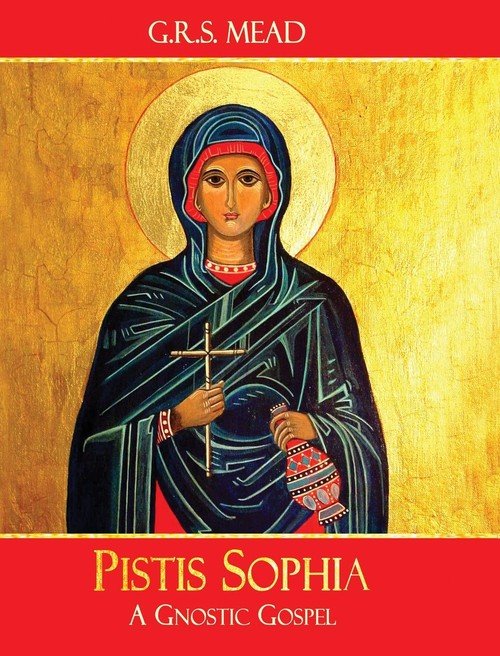 This edition of the Pistis Sophia is a complete and accurate reprint of the original translation by G.R.S. Mead in 1921. It contains all of Mead’s original notes and running commentary, as well as his annotated bibliography which includes numerous sources and further research material for the reader.

The Pistis Sophia is a gnostic text thought to have been written sometime between the 3rd and 4th centuries AD. According to Mead, there were two codices discovered in the late 18th century that contained the original work. The Bruce Codex was brought to Oxford by the famous Scottish traveler Bruce in 1769, and the Askew Codex was given to the British Museum by the heirs of a wealthy doctor in 1785. Both codices were thereafter translated by experts and their contents ordered in a fashion that seemed proper according to their best abilities. Mead’s translation followed these efforts, but as he says in his introduction, the order of the contents was changed “to place the contents of these Coptic translations roughly in such a sequence that the reader may be led from lower to higher grades of the Gnosis.”

The Pistis Sophia itself is of such a marvelous and complex nature, that it is hard to describe in a short space. But generally, the book shows the risen Jesus revealing the lower and higher mysteries to a group of his followers over the period of 22 years. Included in these mysteries are complex cosmologies that the human soul must travel through in order to reach Gnosis with the Father. A new story of the rise and fall of a restorative figure known as the Pistis Sophia is also given by Christ.

The text in the first three of the four books is a dialogue between Jesus and his disciples, including Mary Magdalene, who is the most active in the discussion. Other disciples involved include John the Virgin, Andrew, Bartholomew, James, John, Mary, Martha, Mathew, Philip, Salome, Simon the Canaanite, and Thomas. It is apparent, based on the character of the text, that the work was a compilation of various earlier editions, as some subjects and events are covered multiple times with slight variations. Changes in certain words used in describing the same ideas also illustrate that the collected works were from different time periods.

The first book details how Jesus, after his resurrection, stayed with his disciples for eleven years teaching the lowest of the mysteries. An intricate cosmology is introduced through the details of Jesus ascending the so called aeons in order to do battle with certain servants (archons) of the creator god who stands between human beings and gnosis. It is in this cosmology that the new myth of the Pistis Sophia is introduced and discussed continuing into the second book, where connection between the current work and the Book of Jeu is demonstrated. Interestingly, unlike such other Gnostic myths such as the Apocryphon of John, the Pistis Sophia myth is limited to the lower aeons, not herself being a divine being from the higher levels of heaven.

The third book concerns the ethical code for the adherents of Christianity, and outlines punishments for the transgression of that ethical system. Additionally, human beings and their spiritual nature are discussed, along with their connectedness to each other and when they should be given the mysteries.

The fourth book details further cosmological and astrological systems, including myths of fallen archons and their imprisonment within certain zodiacal spheres. Five realms of punishment with their corresponding types of sinners are revealed, along with the ritual and requirements for their release.

This edition of the Pistis Sophia is a complete and accurate reprint of the original translation by G.R.S. Mead in 1921. It contains all of Mead’s original notes and running commentary, as well
Udostępnij
Prezentowane dane dotyczą zamówień dostarczanych i sprzedawanych przez empik.

The Holy Trinity And The Law Of Three Bourgeault Cynthia
0/5
64,99 zł

Fundamentalism at Home and Abroad Arbuckle Gerald A
0/5
132,99 zł

Sacrifice, Cult, and Atonement in Early Judaism and Christianity
0/5
339,99 zł

The Person and Work of Christ Warfield Benjamin Breckinridge
0/5
114,99 zł