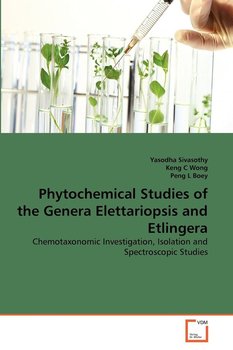 Phytochemical Studies of the Genera Elettariopsis and Etlingera 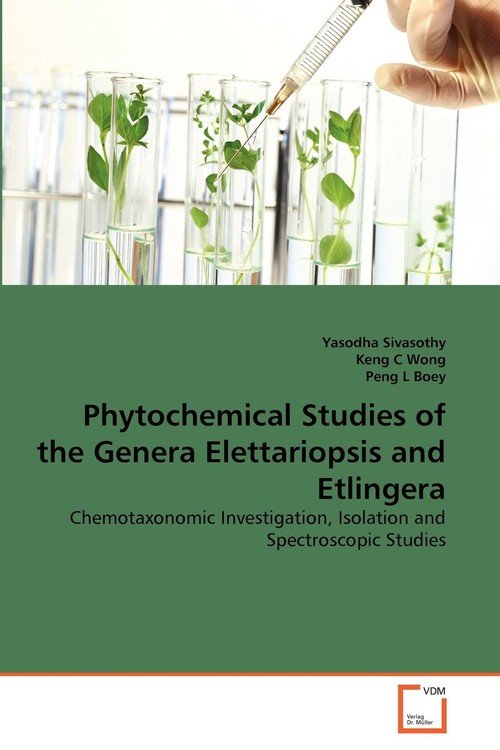 Phytochemical Studies of the Genera Elettariopsis and Etlingera (paperback)

Wysyłamy w 72 godziny
The first part of the study involves the chemotaxonomic investigation of the genus Elettariopsis. Nine species have been confirmed in advance of an ongoing revision of the genus Elettariopsis in Peninsular Malaysia. However, some of the species have been wrongly identified based on their morphology and scent. Thus, the essential oils of the aerial and underground parts of six Malaysian Elettariopsis species were investigated and the variation in the distribution of their constituents was employed as a complementary tool in the taxonomy of species of this genus. The second part of the study focuses on the phytochemical investigation of the nonvolatile constituents of the rhizomes, fruits and leaves of Etlingera littoralis. The compounds were isolated using various chromatographic techniques and their structures were established with the aid of spectroscopic techniques such as IR, UV, GC-MS, EIMS, 1D and 2D NMR. Three diterpenes, sandaracopimara-8(14), 15-dien-3β-ol, isopimara-7, 15-dien-3β-ol and 15-isopimarene-8β, 19-diol, were isolated from the rhizomes and roots, while the leaves afforded a new pimarane compound, 19β- acetoxysandaracopimara-8(14), 15-diene.

Właśnie zrecenzowałem Phytochemical Studies of the Genera Elettariopsis and Etlingera