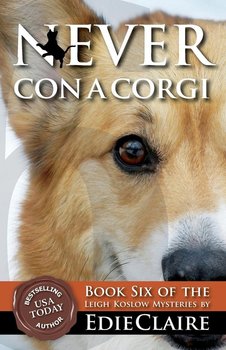 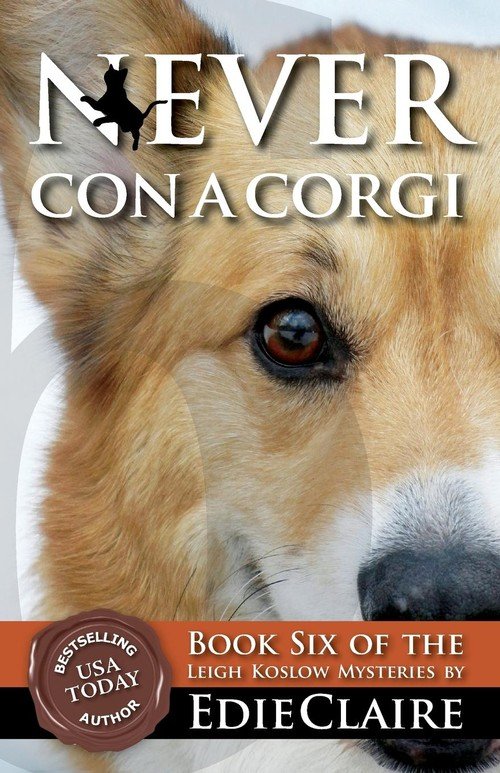 After a real-time, 10-year hiatus, Leigh and all her friends and family are back... and better than ever!

It's been ten long years since Leigh Koslow last stumbled onto a body. She thought she had a reprieve.
She was wrong.

Hapless advertising copywriter Leigh Koslow, who was last seen joyfully announcing to her politician husband that she was pregnant, is now a middle-aged mom who is more than happy to leave the macabre pandemonium of her thirties behind. Unfortunately, Leigh's killer karma hasn't really deserted her... it's only been biding its time.

When an innocent walk in the woods with her dog turns up yet another corpse, Leigh begins to get worried. It's bad enough that the victim is a client of her agency. It's even worse that he is the same unscrupulous real estate developer who's been conniving to bulldoze her Aunt Bess's homestead. And it would be a whole lot better for everyone in Leigh's family if her cousin Cara's husband hadn't brawled with the man in front of a churchful of witnesses an hour before the murder. But fate is what it is, and as Leigh's beleaguered friend, Detective Maura Polanski, sets out once again to save the Koslow clan from self-destruction, the women face their toughest battle yet. Because not only has Leigh failed to grow out of her inborn talent for trouble, she's bestowed it on the next generation...

NEVER BURIED
'A funny, fast-paced, clever, and unusual mystery that will have readers clamoring for more. Edie Claire writes with style and dash. Sheer delight.'—Carolyn Hart

NEVER SORRY
'Edie Claire is a bright new addition to the mystery world. Along with appealing characters and a blessedly lucid writing style, she delivers a solid plot that keeps the pages turning.'—Margaret Maron

NEVER TEASE A SIAMESE
'The fifth installment in this excellent series, and perhaps Ms. Claire's best yet. The characters and relationships are superior, written with heartfelt compassion and wry wit.'—Romantic Times

Sixth in the USA-Today bestselling Leigh Koslow Mystery Series! After a real-time, 10-year hiatus, Leigh and all her friends and family are back... and better than ever! It's been ten long ...
Udostępnij
Prezentowane dane dotyczą zamówień dostarczanych i sprzedawanych przez empik.

Tales from the Cafe: Before the Coffee Gets Cold Kawaguchi Toshikazu
5/5
46,38 zł