Wysyłamy w 72 godziny
Conceived as the answer to all of mankind's seemingly insoluble health and social problems, and promoted as a substitute for orthodox religious beliefs, the pseudo-science of eugenics recruited disciples in many countries during the latter years of the nineteenth and early years of the twentieth centuries. Nowhere was this doctrine more enthusiastically endorsed than in Germany, where the application of eugenic theory received its most fervent support. A programme born of what were often contradictory opinions began, under Nazi rule, with the compulsory sterilization of thousands of Germany's citizens before morphing into the mass murder of the most vulnerable of the state's own population under the guise of so-called "euthanasia", before ultimately escalating into a continent-wide policy of extermination of those who did not fit the Nazi eugenic template. The progress of this inexorable descent into barbarity was marked by successive stages of development. From the practical application of "euthanasia" through the organisation dedicated to it-later on called Aktion T4-and the killing centres that this institution spawned, to the centrality of Aktion T4 to Aktion Reinhard and the Holocaust, important elements of the historical record can be seen to emerge. How did it happen? What impact has it had on contemporary society? And what of the character and fate of the individuals involved in the gestation and implementation of this murderously inhumane quasi-religion? Deceptively simple questions that require complex and often disturbing answers.

Conceived as the answer to all of mankind's seemingly insoluble health and social problems, and promoted as a substitute for orthodox religious beliefs, the pseudo-science of eugenics recruited ...
Udostępnij
Prezentowane dane dotyczą zamówień dostarczanych i sprzedawanych przez empik.

The Sarcophagus of Identity . Tribalism, Nationalism, and the Transcendence of the Self Skelly James M.
0/5
276,99 zł
premium

The European Union's Democracy Promotion in Central Asia. A Study of Political Interests, Influence, and Development in Kazakhstan and Kyrgyzstan in 2007-2013 Sharshenova Aijan
0/5
277,99 zł
premium

Religion and Magic in Socialist and Postsocialist Contexts [Part I]. Historic and Ethnographic Case Studies of Orthodoxy, Heterodoxy, and Alternative Spirituality
0/5
283,99 zł
premium 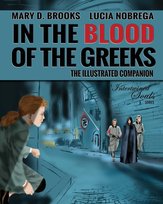