Wysyłamy w 72 godziny
Visionary, explorer, researcher, diplomat, humanist Fridtjof Nansen was no ordinary man. Nansen was a dedicated scientist who made an outstanding contribution to marine zoology and oceanography, an audacious adventurer who pushed our knowledge of the Arctic to new frontiers, and an indefatigable savior of human beings displaced by conflict. As a young man Nansen led two successful polar expeditions and became a national hero, participating in the birth pangs of his country Norway. As a respected international elder statesman he began a new career in 1919 by bringing home hundreds of thousands of prisoners-of-war from the remotest corners of Europe and Siberia. He created the Nansen Passport for stateless people under his responsibility and sought to give the Armenian people a secure homeland. For his efforts in favor of prisoners of war, famine relief and Russian refugees, he was awarded the Nobel Peace Prize in 1922." 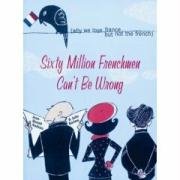