Wysyłamy w 24 godziny
Ira Sachs writes and directs this gay-themed domestic drama starring John Lithgow and Alfred Molina. Forced to separate after George (Molina) loses his job teaching music at a nearby Catholic school, the recently married gay couple Ben (Lithgow) and George have trouble adapting to life without the other being nearby at all times. Ben, who moves in with his nephew Elliott (Darren Burrows), his wife Kate (Marisa Tomei) and their teenage son Joey (Charlie Tahan), soon begins to suspect he is overstaying his welcome. Meanwhile, George crashes on the couch of a much-younger gay couple who frequently have lots of visitors. 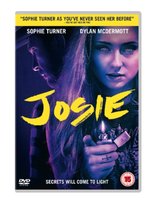