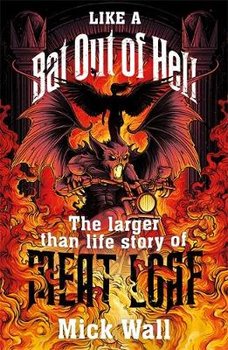 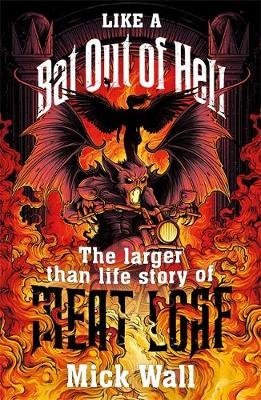 A passionate, pacey tome you should do anything for a copy of' - Kerrang!

"I never wanted to be a big star. I just wanted to be the biggest at what I do! Powerful, unstoppable, heavy - when that word still meant something good!" - Meat Loaf, as told to Mick Wall

Everything in the story of Meat Loaf is big. From the place he was born (Texas); to the family he was born into (his father weighed 22 stone, his uncle weighed over 40 stone, while Meat Loaf himself weighed 17 stone before he was even in his teens); to the sound he made (a colossal collision between Richard Wagner, Phil Spector and Bruce Springsteen); and of course the records he sold - nearly 50 million in Britain and America alone.

Now, on the eve of the 40th anniversary of Bat Out of Hell, the album that gave rise to Meat Loaf's astonishing career, and the premiere of Bat Out Of Hell: The Musical, Mick Wall, who has interviewed Meat Loaf on numerous occasions throughout his career, pulls back the curtains to reveal the soft-hearted soul behind the larger-than-life character he created for himself.

From a tumultuous childhood with an alcoholic father to the relentless abusive bullying from classmates and their parents alike, nobody could have predicted Meat Loaf's meteoric rise to fame.

But when the messianic rock opera Bat Out of Hell was released in 1977, it became one of the biggest albums of all time, selling over 45 million copies worldwide to date. Its release marked the start of a rollercoaster ride of incredible highs and seemingly career-ending lows. By the 80s, Meat Loaf was battling with drug and alcohol addiction and escalating money problems that would eventually lead to a nervous breakdown. But just when it seemed like it was all over, the astonishing success of Bat Out of Hell II and the mega-hit 'I'd Do Anything For Love (But I Won't Do That)' marked an extraordinary new wave of success.

Now, Mick Wall will bring this extraordinary story up to date, drawing on the hours he spent with Meat Loaf, both in interviews and on tour, as well as offering up a unique insight from those who have known him best.

A passionate, pacey tome you should do anything for a copy of' - Kerrang! ****"I never wanted to be a big star. I just wanted to be the biggest at what I do! Powerful, unstoppable, heavy - when that ...
Udostępnij
Prezentowane dane dotyczą zamówień dostarczanych i sprzedawanych przez .