Liam O'Connor in 'The Key to Betrayal'

Liam O'Connor in 'The Key to Betrayal' (paperback)

Wysyłamy w 24 godziny
"The Key to Betrayal" introduces us to Liam O'Connor, a retired Boston police homicide detective who lives in a small Florida town. Liam is living a quiet, peaceful, but lonely life. The tragic death of his wife, Kelley, has left his relationship with his daughter, Molley, strained. This causes Liam to question his current relevance in life. Things take a turn when two hitmen attempt to kill Liam at his home, and he becomes the focus of a homicide investigation. Liam befriends the local police detective, John Tibedoe, and begins a romantic relationship with Officer Tina Youngblood. Liam suspects his past career has brought killers to his doorstep, prompting him to return to Boston. While traveling back, he recalls several of his past homicide investigations that provide clues as to who, and why, someone would want him dead. Liam soons discovers the attempted hit is connected to the recent murder of a former Boston police captain and his own deceased father. With the help of his adopted brother, Liam continues to look for answers - and uncovers more than he ever expected.

Właśnie zrecenzowałem Liam O'Connor in 'The Key to Betrayal' 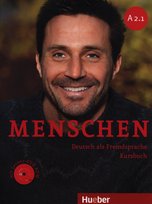 How To Stop Worrying And Start Living Carnegie Dale
5/5
44,25 zł

The Curious Incident of the Dog in the Night-Time Haddon Mark
5/5
36,90 zł