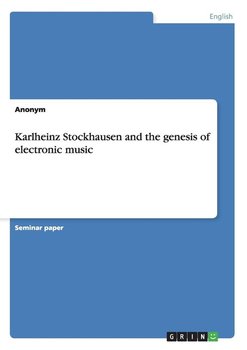 Karlheinz Stockhausen and the genesis of electronic music 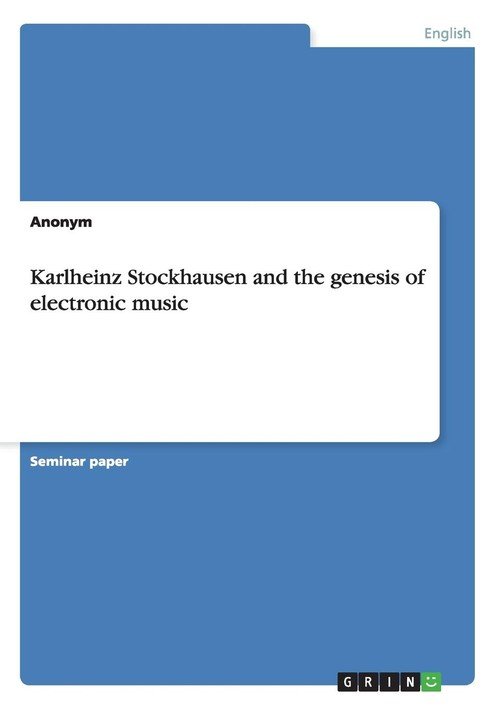 Karlheinz Stockhausen and the genesis of electronic music (paperback)

Seminar paper from the year 2014 in the subject American Studies - Miscellaneous, grade: 1,0, University of Frankfurt (Main) (Institut für England- und Amerikastudien), course: Sound Ideas, language: English, abstract: Electronic music is everywhere. In the digital age it has never been easier for everyone among us to not only listen to compositions fashioned entirely with the help of modern technology, without a single tone being produced by a classic instrument, but to become part of the creative process as well. Basic sound recording and editing software is available for free online and each individual with access to a somewhat up to date personal computer and a stable internet connection could, theoretically, become an artist and composer in their own right. Dance, techno, trance and house music is featured regularly in the charts all over the world and has become a well accepted part of cultural life. This paper intends to look back on the origins of electronics in music, from the first experiments with recording mediums and the creative act of editing discs and tapes to the composition of the first pieces devoted exclusively to artificially generated sounds. The development from the early days of the French musique concrète to the German based elektronische Musik is traced by following the influence of the inspired genius Karlheinz Stockhausen from a small studio in Paris back to Cologne where he produced the formative works of this new branch of music, his Elektronische Studien I + II. The importance of Stockhausen's achievements are then underlined by briefly comparing the progress pouring forth from the new unity of music and electronics in Europe and the United States and, more importantly, by exploring his legacy and the inspiration Karlheinz Stockhausen offered and still continues to provide to whole generations of new and popular musicians and composers.

Właśnie zrecenzowałem Karlheinz Stockhausen and the genesis of electronic music