In Bed with Gore Vidal

In Bed with Gore Vidal (paperback)

Do We Not Bleed?
Taylor Daniel Obcojęzyczne | paperback
66,99 zł

"Gore Vidal was a good friend for over sixty years. If you want to know who Gore really was, read In Bed with Gore Vidal, which uncovers, and evokes, his complicated private life and how that influenced and shaped his wider life, politics, and work. Lost loves, sex with hustlers, a life with Howard Austen, his relationships with women and the truth about his sexuality: this is a juicy, intelligent and honest portrait of a dear friend and exceptional writer and man."-Scotty Bowers, author of Full Service: My Adventures in Hollywood and The Secret Sex Lives of the Stars Gore Vidal claimed there was no such thing as "gay," only gay sexual acts. But what was the truth about his sex life and sexuality-and how did it affect and influence his writing and public life? In In Bed With Gore Vidal: Hustlers, Hollywood, and the Private World of an American Master, Tim Teeman interviews many of Vidal's closest family and friends, including Claire Bloom and Susan Sarandon, as well as surveying Vidal's own rich personal archive, to build a rounded portrait of who this lion of American letters really was away from the page. Here, revealed for the first time, Teeman discovers the Hollywood stars Vidal slept with and the reality of his life with partner Howard Austen-and the hustlers they both enjoyed. Was Gore's true love really a boy from prep school? Was he really, as he said, bisexual, and if so how close did he really get to marrying women, including Claire Bloom and Joanne Woodward? And if Vidal really was gay, why did he not want to say so? Did his own sex secrets underpin a legal fight with adversary William F. Buckley, still being played out after his death? Much as he fought against being categorized, Vidal, Teeman shows, also proved himself to be a pugnacious advocate for gay sexual freedom. Teeman also, for the first time, vividly and movingly evokes the last painful and tragic years of Vidal's life and the bitter, contentious legacy he has left behind. "Tim Teeman's biography of Gore Vidal is the perfect combination of racy gossip-from steamy celebrity liaisons to hustlers in Rome-and penetrating analysis. It shows how a complicated attitude to sex and sexuality shaped an author's life and work. An original, intriguing, and necessary portrait of an American icon." - Edmund White, author of City Boy "Sex with hustlers and Hollywood stars-for all his insistence that sexuality did not define him, Gore Vidal sure got around. And while he didn't hit the streets with placards, he was still, in many ways, a gay rights revolutionary. Tim Teeman's biography, full of new material and interviews, reveals how Vidal's sexuality and sex life influenced his life and his work - and tells, for the first time, the moving story of his painful last years. With deftness, wit, intelligence, and a journalist's nose for a good story, Teeman pulls back the curtain on an American icon. It seems Gore Vidal can still surprise us. What a page-turner!" -William J. Mann, author of Kate: The Woman Who Was Hepburn and Hello, Gorgeous: Becoming Barbra Streisand About the Author: Tim Teeman is a journalist and broadcaster. For fourteen years he has worked as an editor, feature writer, and interviewer for The Times of London, most recently as their US Correspondent, in which he covered stories like Hurricane Sandy and profiled many celebrities and public figures including Woody Allen, George Clooney, and Liza Minnelli. He has also contributed to publications including Elle, The New Statesman, The Guardian, The Independent, Independent on Sunday, Attitude, and Time Out. In Bed With Gore Vidal is his first book. He lives in New York City.

"Gore Vidal was a good friend for over sixty years. If you want to know who Gore really was, read In Bed with Gore Vidal, which uncovers, and evokes, his complicated private life and how that ...
Udostępnij
Prezentowane dane dotyczą zamówień dostarczanych i sprzedawanych przez empik. 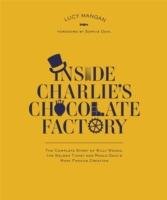 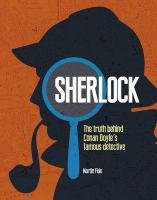 Anna Owena Hoyers - A Poetess Of The Seventeenth Century - A Dissertation Presented To The Faculty Of Bryn Mawr College In Partial Fulfilment Of The Requirements For The Degree Of Doctor Of Philosophy Roe Adah Blanche
0/5
144,99 zł

The Riddling between Oedipus and the Sphinx Yuan Yuan
0/5
400,00 zł