Wysyłamy w 24 godziny
Double bill of psychological thrillers. In 'Gone' (2006), a young English couple backpacking across Australia run into a spot of bother when they catch a lift with a sinister American. Hardly an advisable enterprise in this day and age, but laddish Brit Alex (Shaun Evans) and his well-bred girlfriend Sophie (Amelia Warner) set out to backpack across Australia. Having a lovely time, they think their good fortune is boundless when offered a lift by Taylor (Scott Mechlowicz), a handsome American with a car. Tension builds among the three as Sophie quickly finds herself drawn to the alpha-dog charms of the winsome yank. It's Taylor's custom to take Polaroid snaps of everyone he meets on his travels and, when Alex finds a compromising snap of Sophie among them, the outback air turns positively red with malice. The jaw-dropping wide shot scenery and tight, claustrophobic shots inside the car add to the brooding malevolent mood in this chest-gripping drama. The supernatural thriller 'The Return' (2006), follows a young woman troubled by visions of gruesome past events. Joanna Mills (Sarah Michelle Gellar) is a successful salesperson for a Midwestern truck company and on the surface, has everything going for her. Privately, she's being stalked by a former lover and hasn't spoken to her father (Sam Shepard) in years. Worse yet, she's haunted by brutal visions of the grisly murder of a woman she doesn't know. She begins to suspect that the murderer is coming after her next.

Double bill of psychological thrillers. In 'Gone' (2006), a young English couple backpacking across Australia run into a spot of bother when they catch a lift with a sinister American. Hardly an ...
Udostępnij
Prezentowane dane dotyczą zamówień dostarczanych i sprzedawanych przez empik. 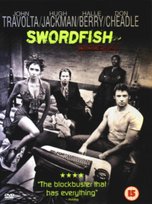