Wysyłamy w 72 godziny
Robert Hartford-Davis directs this drama starring Madeline Hinde as Nicki Johnson, a young woman tormented with guilt over the accidental death of her father many years ago. Her mother Anne (Renee Asherson)'s latest boyfriend is the sleazy Harry (Patrick Mower), who makes an advance on Nicki when her mother is out. In defence, Nicki fatally stabs him and is sent to a facility for young female offenders. Although the other inmates are very hostile at first, Nicki strikes up a friendship with Sarah (Maureen Lipman) and they begin to devise an escape plan. 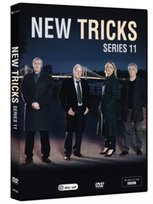