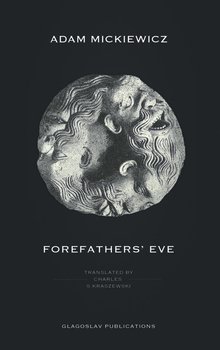 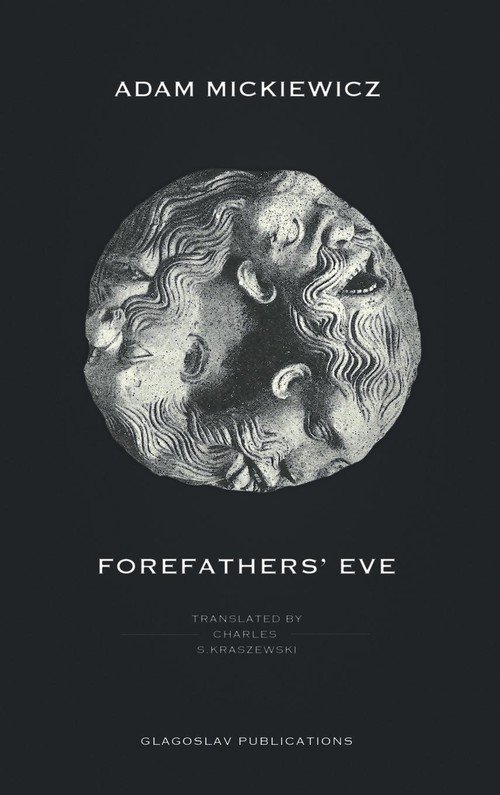 Forefathers’ Eve [Dziady] is a four-part dramatic work begun circa 1820 and completed in 1832 – with Part I published only after the poet’s death, in 1860. The drama's title refers to Dziady, an ancient Slavic and Lithuanian feast commemorating the dead. This is the grand work of Polish literature, and it is one that elevates Mickiewicz to a position among the “great Europeans” such as Dante and Goethe.

With its Christian background of the Communion of the Saints, revenant spirits, and the interpenetration of the worlds of time and eternity, Forefathers’ Eve speaks to men and women of all times and places. While it is a truly Polish work – Polish actors covet the role of Gustaw/Konrad in the same way that Anglophone actors covet that of Hamlet – it is one of the most universal works of literature written during the nineteenth century. It has been compared to Goethe’s Faust – and rightfully so. Forefathers’ Eve initiated the great contribution of Poland to world theatre: Monumental Drama, which stretches from him through Stanisław Wyspiański to Tadeusz Kantor in our own day and age.

The present translation of Adam Mickiewicz’s Forefathers’ Eve is the first complete verse translation of the cycle published in English. It has been put to use in its entirety by the Teatr Polski in Wrocław, and partially set to music by Arturas Bumšteinas in his contemporary orchestral work Different Trains (2014).

Charles S. Kraszewski (b. 1962) is a poet, translator and literary critic.  He has published three volumes of original verse: Beast (Alexandria, 2013), Diet of Nails (Boston, 2013) and Chanameed (Atlanta, 2015). Among his critical works is Irresolute Heresiarch: Catholicism, Gnosticism and Paganism in the Poetry of Czesław Miłosz (Newcastle-on-Tyne, 2012); many of his verse translations are collected in the volume Rossetti’s Armadillo (Newcastle-on-Tyne, 2014).

This book was published with the support of the Hanna and Zdzislaw Broncel Charitable Trust.

This book has been published with the support of the ©POLAND Translation Program.

Forefathers’ Eve [Dziady] is a four-part dramatic work begun circa 1820 and completed in 1832 – with Part I published only after the poet’s death, in 1860. The drama's ...
Udostępnij
Prezentowane dane dotyczą zamówień dostarczanych i sprzedawanych przez empik.