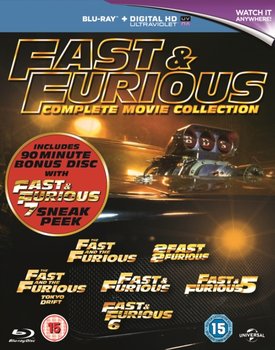 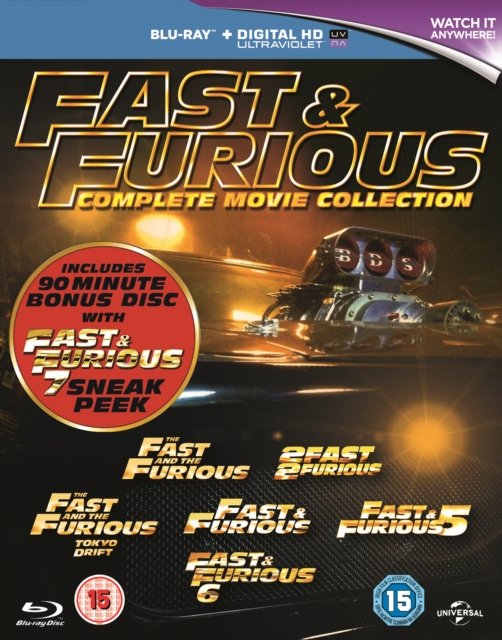 The first six movies from the popular street car racing franchise. In 'The Fast and the Furious' (2001) undercover cop Brian O'Conner (Paul Walker) is assigned to the Los Angeles illegal street racing scene to search for the criminals behind a string of hijackings. His prime suspect is Dominic Toretto (Vin Diesel), whose passion for Japanese fast cars is only matched by his enthusiasm for stealing hi-tech equipment. In '2 Fast 2 Furious' (2003) O'Conner finds himself on the trail of another group of underground car enthusiasts. This time the location is Miami, where O'Conner has been making money out of street racing and is asked to bring down the drugs baron Carter Verone (Cole Hauser) in exchange for the wiping clean of his criminal record. In 'The Fast & the Furious: Tokyo Drift' (2006) street racing loner Sean Boswell (Lucas Black) avoids jail time by absconding to Tokyo to live with his uncle in a cramped apartment. In the land that gave birth to the majority of modified racers on the road, the simple street race has been replaced by drift racing, an even more deadly combination of brutal speed on heart stopping courses. Sean inevitably gets drawn into the racing and the complexities of the underworld which surround it. In 'Fast & Furious' (2009) fugitive ex-con Dominic Toretto reignites his feud with agent Brian O'Conner on the streets of LA. But as the two men find themselves facing a common enemy in the form of a heroin importer, their attempts to infiltrate his operation result in an unlikely alliance. In 'Fast & Furious 5' (2011) ex-con Dominic Toretto and his sister Mia (Jordana Brewster) are forced to enlist Brian's help once again as they find themselves cornered by a ruthless drugs gang in Rio de Janeiro. But the Rio gangsters are not the only ones on Dom's tail; wily federal agent Luke Hobbs (Dwayne Johnson) has also been assigned to track down Dom and Brian, and will stop at nothing to corner his prey. Finally, in 'Fast & Furious 6' (2013), following their lucrative Rio heist, and unable to return home, Dom and the rest of his compatriots are forced to kill time lying low in different locations around the world. When DSS agent Hobbs offers Dom and his crew full pardons in return for taking down Owen Shaw (Luke Evans)'s gang of mercenary drivers, the offer seems too good to pass. But as the rivals head for a showdown on the streets of London, Dom learns that Shaw's second-in-command is none other than his presumed dead former lover, Letty (Michelle Rodriguez).
Brak
ocen
5 0
4 0
3 0
2 0
1 0
Wystąpił problem z dodaniem recenzji. Spróbuj ponownie później.
Dziękujemy za dodanie recenzji 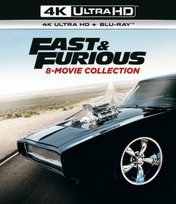 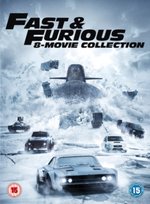 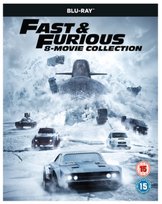