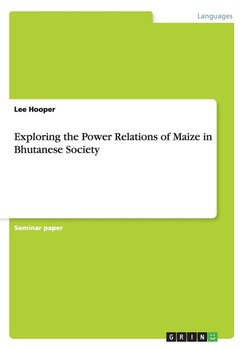 Exploring the Power Relations of Maize in Bhutanese Society 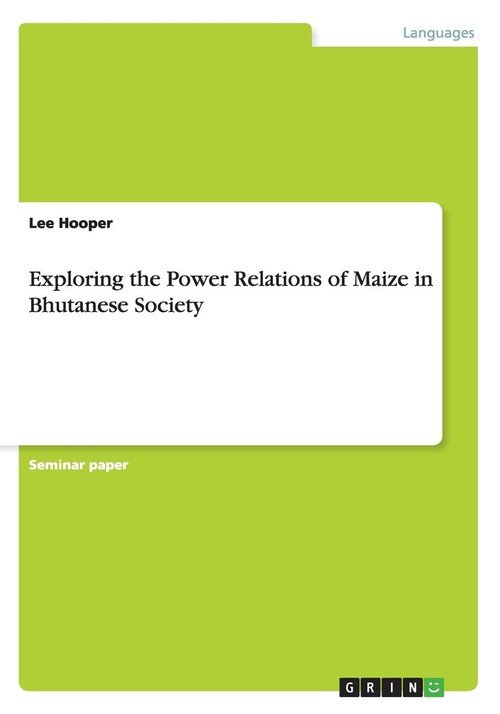 Exploring the Power Relations of Maize in Bhutanese Society (sewn)

Seminar paper from the year 2012 in the subject South Asian Studies, South-Eastern Asian Studies, grade: 1,5, Massey University, New Zealand, course: Kulturanthropologie, language: English, abstract: Throughout the centuries maize has played a vital role in the power relations between people and has been used as a tool to manipulate power, particularly among the poor (Warman, 2003). From the African slave trade across the Atlantic, where it was given as a primary means of sustenance in the form of paste, its use as an introduced crop of control by colonial settlers, to its modern day use as animal feed and food aid, maize has a rich history in power relations, especially in traditional third world countries. This essay will identify and explore the way that maize is linked to power within its local commodity chain in the country of Bhutan - that is, among the vast majority of the peasantry who utilise maize as a primary subsistence food. Through outlining Bhutan's general maize statistics and demonstrating the key forces behind the power relations of maize throughout Bhutan, it will be concluded that power lies primarily in the political and religious conditions of the country on the macro level and the social conditions of the family unit on the micro level. Furthermore, it will be shown that the religious and political conditions directly contribute to how power is manifested and utilised in the family with regards to maize production, exchange, and consumption.

The importance of counselling in New Zealand Hooper Lee
0/5
68,99 zł