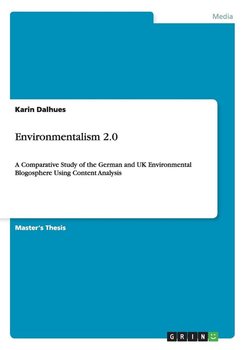 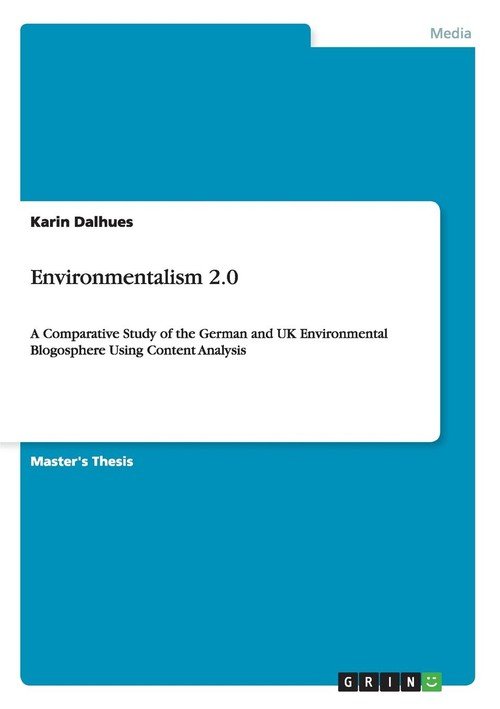 Wysyłamy w 2 tygodnie
Master's Thesis from the year 2011 in the subject Communications - Multimedia, Internet, New Technologies, grade: 70,0, Leeds Metropolitan University, course: International Communication, language: English, abstract: The environmental blogosphere - the entirety of blogs with a thematic focus on environmental issues - is the modern environmentalists' platform to inform and mobilise audiences. Against the backdrop of an increased presence of environmental issues in current public debates, this dissertation compares the German and the UK environmental blogospheres in order to advance an understanding of their distinctive structures and contents. This research aim was met through a comprehensive review of literature, as well as through primary research on a total of 800 blog entries from German and UK environmental blogs. The research method of choice was content analysis, but also an adapted version of grounded theory was applied to one element of research. The key findings this study produced include that the dominant thematic foci strongly differ between the two countries and that UK bloggers express their opinions more strongly than German ones. Paradoxically, the German environmental movement appeared to be stronger than the UK one in general, but the UK environmental blogosphere in turn seemed to be more capable in using blogs as a platform for lobbying. Concerning structural blog features, which include for example entry length and number of comments, the study found that the differences between the two countries are rather small, but that there are significant discrepancies with earlier structural blog research, pointing towards a rapid development of blogs over the past years. The study concludes that, although the UK environmental blogosphere is more developed than the German one, there is a lot of potential for both countries' environmental movements to increase their power through blogging if they manage to blog more professionally and capture a larger reade

Music and Advertising in Television I Stickler Verena
0/5
71,99 zł

A future scenario of Interactive Television - information and technology that belongs to the rich? Schmelz Dirk
0/5
56,99 zł