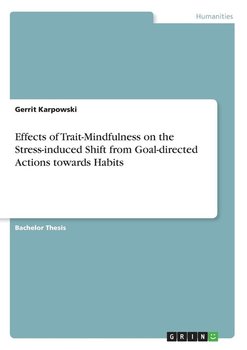 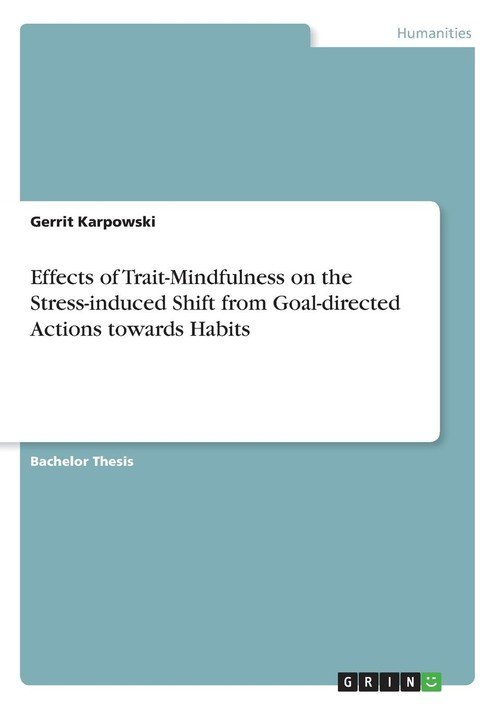 Bachelor Thesis from the year 2016 in the subject Psychology - Cognition, grade: 1,3, University of Hamburg (Kognitionspsychologie), language: English, abstract: Individuals differ in their tendency to shift towards habitual behavior after stress. Mindfulness is an individual characteristic that does not only influence the stress response, but also cognitive processes. Therefore, effects of trait-mindfulness on the balance between goal-directed and habitual behavior after a stress induction were investigated. During this study, forty-seven healthy male and female participants mainly without meditation experience, were exposed to either a laboratory acute stress induction or a control procedure before they performed in a two-staged instrumental learning paradigm and completed a mindfulness questionnaire. Participants learned the acquired discriminations and a congruence effect, as predicted, was found. Moreover, explicit knowledge was highly indicative of level of goal-directedness. The stress manipulation was successful. Stressed individuals did not shift more towards habits. Mindfulness did not predict the level of goal-directedness, neither did it affect stress responses. Future studies might incorporate a mindfulness intervention or compare differently experienced meditators. This could help to approve mindfulness as a potential intervention to reduce cognitive shifts towards habits, which play a major role in development of pathological behavior.

Eros and the Mysteries of Love: The Metaphysics of Sex Evola Julius
0/5
104,99 zł