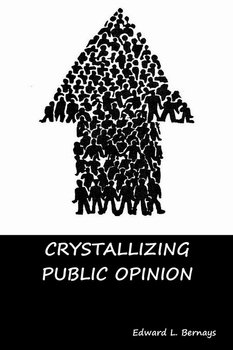 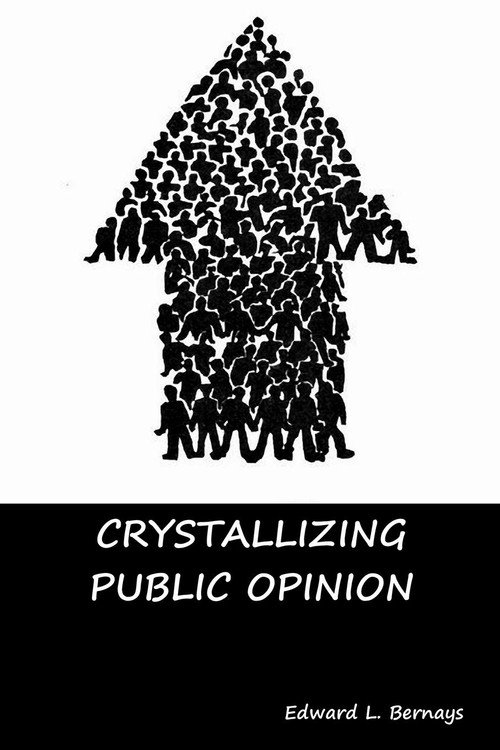 Crystallizing Public Opinion is a book written by Edward Bernays and published in 1923. It is perhaps the first book to define and explain the field of public relations.

Bernays defines the counsel on public relations, as, more than a press agent, someone who can create a useful symbolic linkage among the masses. Appropriate messages should be crafted based on careful study of group psychology, and disseminated by not merely purveying but actually creating news.

He gives examples from his early career and cites ideas from theorists including Walter Lippmann and Wilfred Trotter.

Crystallizing Public Opinion appeared the year after Lippmann's Public Opinion and can be construed as an application of Lippman's principles to the active manipulation of public opinion. Whereas Lippmann saw a bigger role for government in steering public opinion, Bernays focused on the corporation and its public relations attaché.

Professor Sue Curry Jansen argues that Bernays distorted Lippman's work (and that public relations historians such as Stuart Ewen and Larry Tye have uncritically recapitulated Bernays on this point). She writes that Public Opinion is an analysis of the constraints on rationality which confront a democratic society and that 'Bernays systematically inverts Lippmann’s critique into an apology for public relations by selectively and deceptively quoting him in support of positions that Lippmann clearly rejects.' Whereas Lippmann treated the stereotype as a sort of blind spot, or obstacle to rational thinking, Bernays viewed it as 'a great aid to the public relations counsel' despite being 'not necessarily truthful'. She also finds that Crystallizing Public Opinion sometimes attributions quotations to Lippmann which do not match the text of Public Opinion at all.

Crystallizing Public Opinion is a book written by Edward Bernays and published in 1923. It is perhaps the first book to define and explain the field of public relations.Bernays defines the counsel on
Udostępnij
Prezentowane dane dotyczą zamówień dostarczanych i sprzedawanych przez empik.