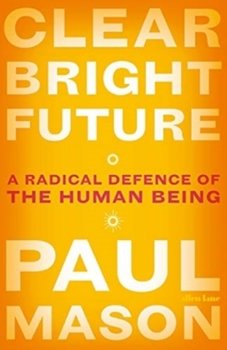 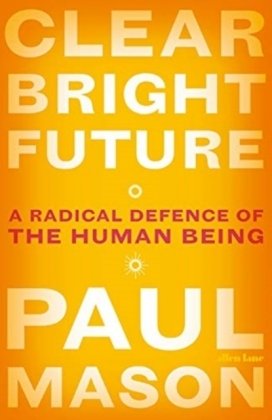 Today, the human race faces a new problem. Thanks to information technology, vast asymmetries of knowledge and power have opened up. Through the screens of our smart devices, corporations and governments know what we're doing, what we're thinking, can predict our next moves and influence our behaviour. We, meanwhile, don't even have the right to know that any of this is going on. As Paul Mason argues in this pyrotechnic new book, all this is intimately connected to the urgent economic, political and moral crises we are living through now. Clear Bright Future explores how, during the preceding decades, the free-market system reduced us to two-dimensional consumers. Underlying the dominance of these forces, Mason contends, is the idea that human values no longer have foundation - an idea that, as we allow the all-pervasive presence of machines in our lives, we are tacitly coming to accept. And, if these forces are not stopped, we will relive something even worse than the 1930s. But there is another way. We have the power to imagine and design a better system, at the heart of which is a radical reassertion of our common humanity. All this, Mason asserts, starts with a simple, fundamental choice. Will we accept the machine control of human beings, or will we resist it? It has quick wit, vivid prose and makes rapid and stimulating connections. Its subtitle sums up its strengths. Fundamentally, Mason believes in the power of agency - the ability to choose to act and shape your own future.--John McTernan, Financial Times A very interesting book, wide-ranging, insightful and yet still optimistic...some of his glosses on the history of ideas, and their impact on our troubled present, are alone worth the price of the book: he explains, lucidly and persuasively, how the uncertainty principles of quantum mechanics - questionable in themselves - have bled, via post-modernist theory, into the climate of irrationalism and fatalism that fuels Brexit, Putin and Trump.--Ed O'Loughin, Irish Times Clear Bright Future's account of our political predicament is thrilling.--Eliane Glaser, Guardian Paul Mason is doing something remarkable in this book, though it shouldn't be remarkable: he's focusing on the nature of being human, and how this is affected for better or worse by social, economic, and political forces that might seem overwhelming. It's the best analysis of neo-liberalism that I've seen for a long time, and puts our lives in a richly described context. Best of all, it's written with clarity and passion. I hope it'll change many minds.--Philip Pullman Amid the ruins of many modern ideologies, Paul Mason's consistently bracing book offers a guide to a sustainable future - one that we can still shape with a fresh transformational vision of what it means to be free human being. Everyone should read it.--Pankaj Mishra An unshakable humanist faith runs through this book... with his humane stress on the good life, Mason defies the caricature of the Corbyn left as reheated Soviet Communism. Corbynism is also routinely charged with wanting to "take us back to the 1970s." But here its leading thinker engages with tomorrow's economy with an urgency that's not currently matched on the right.--Tom Clark, Prospect
Brak
ocen
5 0
4 0
3 0
2 0
1 0
Dziękujemy za dodanie recenzji

Today, the human race faces a new problem. Thanks to information technology, vast asymmetries of knowledge and power have opened up. Through the screens of our smart devices, corporations and ...
Udostępnij
Prezentowane dane dotyczą zamówień dostarczanych i sprzedawanych przez .

Invaders and Raiders: The Anglo-Saxons are coming! Mason Paul
0/5
89,00 zł

Cause, Effect and Chaos!: In Engineering and Industry Mason Paul
0/5
89,00 zł

Why I'm No Longer Talking to White People About Race Eddo-Lodge Reni
4/5
37,10 zł 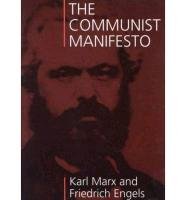