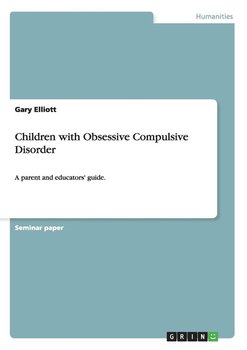 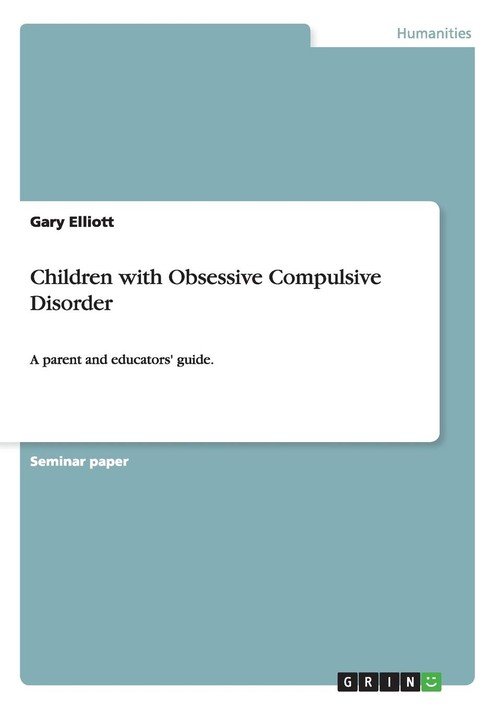 Wysyłamy w 4-5 dni
Seminar paper from the year 2010 in the subject Psychology - Consulting, Therapy, Atlantic International University, language: English, abstract: Obsessive compulsive disorder initially was thought to be a relatively rare disorder, but is now recognized as a common psychiatric issue with an estimated lifetime prevalence of 1.9 to 3.3%. The United States has a prevalence rate for this anxiety disorder of one in every one hundred children. Research among the five to six million U.S. adults living with OCD discovered that 50 percent said that their symptoms began in childhood. A statistic like this drives home the need for both parents and educators to have a thorough understanding of the signs and symptoms of OCD in children in an attempt to identify and address the disorder as early as possible in the child's life. One of the greatest stumbling blocks to seeking professional attention for a child is the myths and misconceptions attached to the behaviour of a child suffering with this disorder. Mark suffers with Obsessive-Compulsive Disorder (OCD), "characterized by obsessions or compulsions (usually both) that cause marked distress, are time consuming (take more than 1 hour a day), or significantly interfere with functioning."(Phillips 2009:282). An obsession is defined as a recurrent, persistent, and intrusive thought, impulse or image that is difficult to dismiss despite its disturbing nature. A compulsion is often known as a ritual. It is excessive repetitive behaviour (such as hand washing as in Mark's case above) or mental acts (such as counting) that are performed to try to decrease the anxiety caused by an obsession. These compulsions are usually difficult to resist or control. (p. 279)