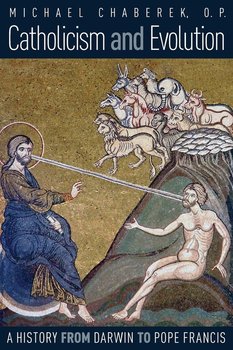 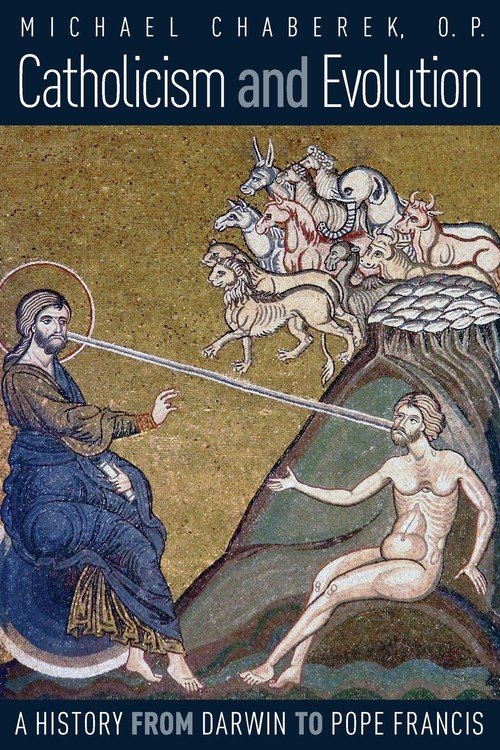 Wysyłamy w 2 tygodnie
For Catholics, the question of evolution touches on all the most important topics: the nature of God and his work in the world, the nature of life, and the status of man in the universe. It is also a subject of perennial controversy and confusion. Some see the Darwinian theory of evolution as a major agent in discrediting the Church's doctrine on creation, undermining biblically-based morality and the concept of human exceptionalism. Others regard Darwinian theory as compatible with biblical faith and Catholic tradition. Has the Church itself "evolved"? Or are there certain truths that are permanent and irreplaceable?

Fr. Michael Chaberek is a Polish Dominican who has studied creation doctrine from Old and New Testament accounts to the Church Fathers, to the Medieval Scholastics (especially St. Thomas Aquinas), to the Vatican's internal and public papers of the 19th and 20th centuries--and on into our own times and the pronouncements of recent popes. His new book gathers all doctrinal statements on evolution and presents the history of the engagement of Catholicism with natural science since Darwin presented his theory in 1859. What he finds is a clear path that gradually became twisted and over-grown. His exploration of that path is both scholarly and engrossing.

"Finally, a book that tells the full story of Catholic reflections and Magisterial statements down through the centuries on issues of creation and evolution. From the meditations of the ancient Church Fathers to the statements of Popes Pelagius I and Leo XIII, there are many hidden treasures to be found here. Fr. Chaberek combines historical, philosophical, and theological scholarship in a book that is both comprehensive and engaging. This book will be an eye-opener for many, and will quickly become the standard and essential work on the subject."--ROBERT STACKPOLE, director, John Paul II Institute of Divine Mercy

"In Catholicism and Evolution, Fr. Michael Chaberek surveys perennial Catholic teaching, plumbs the depths of Catholic philosophy and historical theology, and analyzes the best scientific evidence to date. In the process, he shows that certain elements of Darwinian evolution are not only incompatible with Catholic belief, but largely lacking in evidence. He shows also that despite her clear historical teaching, the contemporary Church lacks an unambiguous statement of how Catholics should understand this question. I expect this to become the definitive book on Catholicism and evolution."--JAY W. RICHARDS, co-author of The Privileged Planet; editor of God and Evolution

"Darwin and his contemporaries thought the cell was a simple blob of jelly, protoplasm. Modern science has discovered the exact opposite, that astoundingly sophisticated technology undergirds life. Father Michael Chaberek probes the implications of this and other surprising developments in his erudite study of Catholicism's collision with Darwinism."--MICHAEL BEHE, author of Darwin's Black Box

"Catholicism and Evolution is a thorough exposition of the history of the debate over evolution, especially the theory's proponents and opponents within the Catholic Church. This book should be on the shelves of any concerned with this subject, or indeed any who would like to fully grasp the controversy's roots in the Church."--ANN GAUGER, Senior Research Scientist, Biologic Institute

"Fr. Chaberek has done Catholics and all Christians a great service by describing the progression of the present controversy over creation, intelligent design, and theistic evolution from the Bible and early days of Christianity until today. His book will open eyes."--BRUCE CHAPMAN, Founding Fellow, Discovery Institute

FR. MICHAEL CHABEREK O.P., S.T.D. is a member of the Polish Dominican Province, with a Doctorate in Fundamental Theology from Cardinal Stefan Wyszynski University in Warsaw.

For Catholics, the question of evolution touches on all the most important topics: the nature of God and his work in the world, the nature of life, and the status of man in the universe. It is also a
Udostępnij
Prezentowane dane dotyczą zamówień dostarczanych i sprzedawanych przez empik.