The first volume of a political treatise that changed the world

One of the most notorious works of modern times, as well as one of the most influential, Capital is an incisive critique of private property and the social relations it generates. Living in exile in England, where this work was largely written, Marx drew on a wide-ranging knowledge of its society to support his analysis and create fresh insights. Arguing that capitalism would cause an ever-increasing division in wealth and welfare, he predicted its abolition and replacement by a system with common ownership of the means of production. Capital rapidly acquired readership among the leaders of social democratic parties, particularly in Russia in Germany, and ultimately throughout the world, to become a work described by Marx friend and collaborator Friedrich Engels as "the Bible of the working class."

For more than seventy years, Penguin has been the leading publisher of classic literature in the English-speaking world. With more than 1,700 titles, Penguin Classics represents a global bookshelf of the best works throughout history and across genres and disciplines. Readers trust the series to provide authoritative texts enhanced by introductions and notes by distinguished scholars and contemporary authors, as well as up-to-date translations by award-winning translators.

The first volume of a political treatise that changed the worldOne of the most notorious works of modern times, as well as one of the most influential, Capital is an incisive critique of private ...
Udostępnij
Prezentowane dane dotyczą zamówień dostarczanych i sprzedawanych przez .

China's Dream, The Culture of Chinese Communism and the Secret Sources of its Power Brown Kerry
0/5
106,00 zł 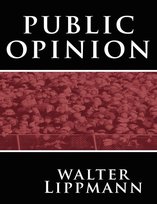