Humphrey Bogart stars in this classic action comedy directed by John Huston, who co-wrote the script with Truman Capote. A disparate group of travellers descend upon the East African coast, all hoping to claim a piece of uranium-rich land. Billy (Bogart) and Maria Dannreuther (Gina Lollobrigida) arrive with their four shady business partners, but seem to have been beaten to the mark by the priggish Harry Chelm (Edward Underdown) and his wife Gwendolyn (Jennifer Jones). When they all attempt to leave, their steamer explodes, and the seven survivors are taken hostage by a group of Arabs. 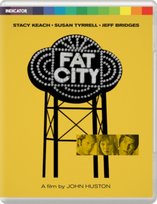