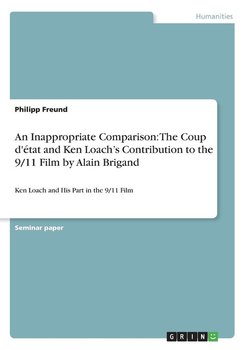 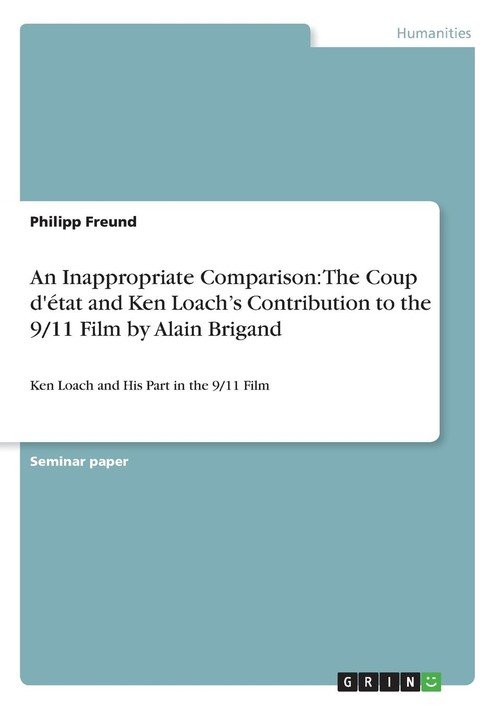 Seminar paper from the year 2017 in the subject Cultural Studies - Miscellaneous, grade: 2,0, University of Würzburg (Neophilologisches Institut - Moderne Fremdsprachen), course: A Matter of Class - Ken Loach and the Condition of Britain, language: English, abstract: Ken Loach's episode of the omnibus project "9'11''01 - September 11" describes the event of the terror attack of New York when thousands of people lost their lives. Because of that and the fact that film is "the most powerful and realistic of the arts", this paper wants to critically analyse it, regarding the reception theory, because "media messages are always open and 'polysemic'" and are interpreted according to the context and the culture of receivers". Due to the Audience Response Theory (ART), "[a film] is encoded according to the meaning structure of the mass media production organization and its main supports, but decoded according to the different meaning structures and frameworks of knowledge of different situated audiences". This is being widened by Metz, who points out the similarity of the theory and cultural signs: "The fact that must be understood is that films are understood". He states that a film includes cultural signs which are transmitted by a significate and a signifier. The created meaning, however, is received by viewers. This gives the paper not just the purpose of researching but of critically analysing the director's way of presenting, as well. Henceforward, his way of depicting is considered being inappropriate, which is the thesis of this paper and needs to be proven throughout. For this paper, the ART has been chosen because of an ongoing debate, whether one can examine the meaning and effect of a film by looking at its genre: "This debate is part of a wider concern running right through media and cultural studies that genre analysis tends to limit the ways in which the meanings of texts can be explored". This is due to because "without an audience no text or maker of tha