A Season in Hell

A Season in Hell (paperback)

edited and translated by Andrew Jary

A new translation of Arthur Rimbaud's extraordinary poetic statement, written in 1873. The sensual, violent and anguished emotion in Rimbaud's visionary 'alchemy of the word' remains startling, and continues to inspire poets.

Printed with the French text facing the translation.

For a time, when he was a teenager until he was 19, art was crucial for the psychic well-being of the restless Arthur Rimbaud (1854-1891). The young would-be rebel Rimbaud escaped from the bland provincial town of Charleville in Northern France to wander the streets of Paris in poverty. After writing his Illuminations and A Season in Hell, some of the most extraordinary poems of all world literature, Rimbaud renounced it all for a hellish and apparently boring life in Aden. 'Mortel, ange ET demon, autant dire Rimbaud,' as Rimbaud's lover, Paul Verlaine wrote ('Mortal, angel AND demon, that is to say Rimbaud'.)

Arthur Rimbaud is the tornado of world poetry. He out-blasts just about every other poet. For poets, he is more significant than the so-called 'founding fathers' or influential philosophers of modern times: Marx, Freud, Nietzsche and Einstein. For poets, he is 'everybody's favourite hippy', a Communard, a 'precursor of the current movement of subversion of Western notions of self, society, and discourse', and a savage mystic.

Arthur Rimbaud is one of the most authentically rebellious of modern poets. Other poets have written of rebellion and radical action, but Rimbaud is one of the very few who actually carried it out (and didn't sound like an idiot when he spoke of it). Picture the young poet in his mid-teens, utterly bored by the living deaths of suburban life, aching to run away to Paris. Though he was dragged back a number of times, Rimbaud's life after his early teens was never again centred in his homeland. True, he returned to his mother, family and homeland, but his true heartland, his landscape of the soul, was elsewhere. Rimbaud was ever a poet of elsewhere, the other place, displacement. He was always another person: 'Je est un autre (I is an other).

He rebelled partly for the joy of rebellion. His early poetry is marked by an extraordinary virulence and anger. Illuminations and A Season in Hell, his major works, are also powered by an immense anger - a cosmic anger, a psycho-cultural-spiritual turmoil.

Illustrated, with a newly revised text for this edition. Introduction, bibliography and notes. ISBN 971861713605.

Właśnie zrecenzowałem A Season in Hell 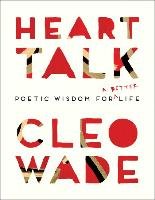