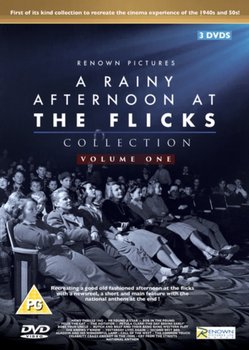 A Rainy Afternoon at the Flicks Collection: Volume One (brak polskiej wersji językowej) 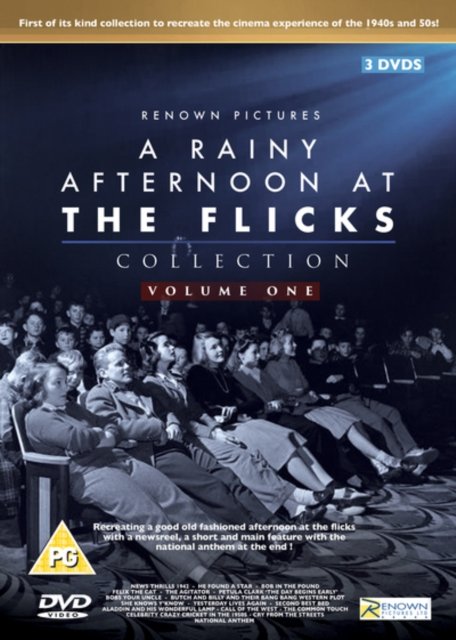 Wysyłamy w 3 tygodnie
Collection of films from the 1940s and '50s, preceded by newsreels and shorts and followed by the national anthem. In 'He Found a Star' (1941) theatre agent Lucky Lyndon (Vic Oliver) believe he has discovered an up-and-coming talent when he encounters singer Frank Forrester (Robert Atkins). However, Lucky's devotion to nightclub singer Suzanne (Evelyn Dall) may cost him his hard-earned success. In 'The Agitator' (1945) Peter Pettinger (William Hartnell) inherits the factory he works in. However, as he attempts to implement his own ideas he finds himself questioning his socialist beliefs. 'Bobs Your Uncle' (1942) follows a member of the Home Guard as he tries to raise enough money to buy a tank, in an attempt to win over the object of his affection. In 'She Knows Y'know' (1962) the fates of two very different families become intertwined after the middle-class Smallhope family accuse the Worswicks' son of getting their daughter pregnant. 'Second Best Bed' (1938) follows a newly-wed couple whose domestic bliss is shattered when the wife refuses to obey her husband's every command. In 'The Common Touch' (1941) 18-year-old Peter Henderson (Geoffrey Hibbert) inherits his family's business following the death of his father. However, he soon finds himself in opposition with the company's directors and trying to save a hostel from demolition by his company. In 'A Cry from the Streets' (1958) Bill Lowther (Max Bygraves) and Ann Fairlie (Barbara Murray) are a pair of social workers assigned to one of the toughest areas of London. Together, they help to bring a little sunshine into the shattered lives of a group of unwanted children.

Collection of films from the 1940s and '50s, preceded by newsreels and shorts and followed by the national anthem. In 'He Found a Star' (1941) theatre agent Lucky Lyndon (Vic Oliver) believe he has ...
Udostępnij
Prezentowane dane dotyczą zamówień dostarczanych i sprzedawanych przez empik. 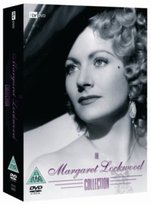 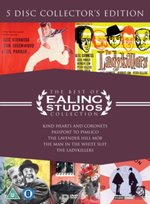